After two years of a long, raw and tenacious pandemic, COVID has no place to surprise us. Or not. Researchers at the Nanjing University of Information Science and Technology in China have just come to a stark conclusion: in its own way, the coronavirus is to blame for the downpour that slammed into the east of the country in the summer of 2020, when the Asian Giant suffered rain. as not remembered in 60 years and the floods that left serious damage and casualties. The most curious thing is that, technically, the cause was not COVID, but the way we deal with it.

In an article published in Nature Communication, Professor Yang Yang and his colleagues point out that about a third of the rain that was recorded then can be explained by a sum of factors that come from the confinements with which the local authorities – as happened in Spain and in many other countries – have tried to stop the escalation of infections. His conclusion is that these measures have contributed to a reduction in emissions and air pollution, which, in turn, has brought heavier rains than usual.

“The steep reductions in emissions during the pandemic have enhanced summertime atmospheric convection over eastern China, resulting in a sea level positive pressure anomaly over the northwest Pacific Ocean. The latter has improved the convergence of humidity towards eastern China and further intensified rainfall in this region, ”details the study.

For their research, Yang and the rest of his colleagues, including researchers from other centers internationally, have developed a model that reflects the impact that emissions greenhouse gases in rainfall recorded in the country over the past four decades. After this analysis, they concluded that the increase in pollution and aerosol particles reduced the amount of precipitation.

By decreeing quarantine to stop the spread of COVID-19 – in Wuhan it was already applied at the beginning of 2020 – traffic and industrial activity came to a halt and with them a large part of polluting emissions. Result: the trend has reversed, intensifying the convention and favoring the humid air of the ocean to reach the continent. The authors of the study specify, in fact, that the decrease in aerosol emissions can explain about a third of the increase in extreme precipitation recorded in eastern China during the summer.

“Modeling experiments show that reducing aerosols has a stronger impact on precipitation than reducing greenhouse gases. We conclude that through steep emission reductions, the pandemic contributed significantly to the extreme rains summer 2020 in eastern China,” the experts conclude, pointing to declining local emissions as the main source, not other parts of Asia.

Does this mean that if we want to avoid floods like those that hit China two years ago, we must continue to pollute? No. Far from there. The problem is not that the gas emission was reduced, but that this reduction was done in a “sudden” and “abrupt” way, a word that the authors even carry in the title of their research. In fact, scientists point out that a programmed, longer response can be entirely different.

“Emissions have been reduced in recent years in China to improve air quality. Why was the rainfall response to COVID-induced emission reductions in eastern China in 2020 so different from the rainfall response to emission reductions in previous years? In particular, emissions dropped sharply in early 2020 when the pandemic suddenly emerged, causing an immediate and sudden change in various components of the climate system,” write Yang and his colleagues. 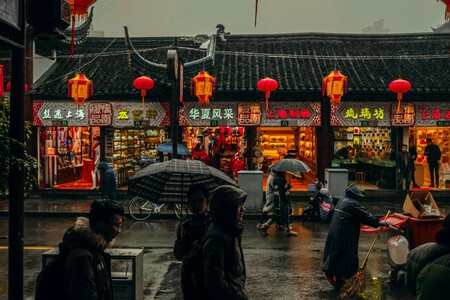 “A sudden change in the climate system could be very different from changes in response to continued but gradual policy-driven emission reductions,” the Chinese research team continues, pointing out that much of what happened past is explained by the behavior of the aerosols themselves and their effects. “Even small additional reductions during the pandemic could result in more dramatic Earth system change.”

“Because emissions were drastically reduced in early 2020 when the pandemic emerged, this caused an immediate and abrupt change in various components of the climate,” Yang said in statements to the BBC; “There has been a warming of the land due to the reduction in aerosols, but also a cooling of the oceans due to a decrease in greenhouse gases, which intensified temperature difference between land and sea in summer. This, in turn, increased sea level pressure over the South China Sea/Philippines and intensified winds that brought moist air to eastern China, which then experienced heavy rainfall. .

Throughout the study, its authors also point to the effect of pollution on the climate, which has caused a significant decrease in summer precipitation in the east and center of the Asian Giant, precisely due to the increase in aerosol particles in the atmosphere.

With the COVID shutdowns over, this scenario left heavy rains and flooding about a year and a half ago. As the study recalls, a record amount of water accumulated throughout the summer, the most since 1961. The Yangtze River, for example, recorded the most intense rainfall in six decades, with a 79% increase in June and July compared to the average of the last four decades. Extreme weather conditions caused damage, evacuations and casualties. In mid-July, there were already 140 missing and dead in the center and east of the country.